along Dororosa road
tumbling over
and
somersaulting,
trudging
his cross coming over
him
sweat drops,
bruises,
wounds
of infliction

simon the african
hearth
the cries and wails
shouts and screams
he comes –
face to face he comes
with a burdened son of man;
they’re forcing him ( _he is risen_ ) to carry a log
the weighty of it, the world to bear,
he nears
and is forced to carry the log,
he shares the burden
with son of man

the tomb refused
to hold in its mortuaries
the almighty

and death –
no odd,
hangs there awhile in regrets –
life to release
to
He
is
Risen

Chenjerai Mhondera is an author, a poetician, writest and or writecian. He is a citizen of the world. He was published in over thirty publications – anthologies, magazines, online journals, blogs; among lot all series of _Best New African Poets (BNAP), all series of Zimbolicious Poetry, Mupakwa Werwendo, Chitungwiza Mushamukuru, Africa vs America (vol. 2)…_ He has published also his independent books such as _Masasi aChinoz/Chinotimba Jokes (Vol. 1), series of Hurricanes ( Hurricane Tortures of Now, Hurricane to the World, Hurricane Dies Out), A Case Of Love & Hate, Manifesto#Anthology of Peace, Encyclopedia of Conscience, Mcbeth and I, Libe the Orator IsNoA Liberator, Mupengo and many more._ The author is also a Lord of Controversies. Among such controversies being his strong objections against letters of the Alphabet and inconsistencies in the language, English. He is also so particular with finding, creating and or inventing a new form of poetry writing called the _Hicoup Writing_ and all its forms. Chenjerai is also a founder and discoverer of the 13th month of the year (Chenjerahitic month), which he believes was his birth month. This naturally renders him a discoverer of the Chenjerahitic Calendar

Interview With Oluwatoyin A Olojo Author of Beauty for Ashes is now live on Parousia Magazine.
In His Word at last I'm resting,
Beauty for Ashes by Oluwatoyin A. Olojo is a masterpiece on healing, love, faith and hope with love being the foundation. It describes the unique journey of man with God, a true Christian life, and that of other people using the author’s life as a canvas for the reader’s reflection. It also emphasizes the ways and need to let go of every pain from the past in order to fully embrace the beauty in the present and expected future.
That emotional pain is justified!
We are giving 50% Discount to 50 Pastors, Missionaries and all God's servant who want to publish their books with global distribution.
Beyond Destruction is available for purchase on Amazon, Okadabooks and Parousiareads. 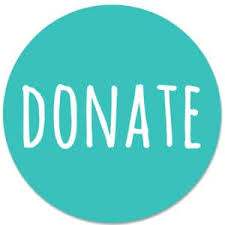