RISEN
God the almighty, all sufficient one
In ceaseless compassion for the world, made the incarnate one
Set to bring the fallen lost man unto himself
Wore man’s frail body, overshadowing his divine glory
GOD, The son – like a mortal walked the ancient’s streets of Jerusalem
In near and far coasts he healed those who owed their lives to the devil
Teaching on their holy mountains and in their sacred temples
He opened his lips and uttered words their slow heart couldn’t grasp
So they couldn’t rest till they had him in their grasp.

Tried unjustly, not by custom -behind shut doors, in the dead of the night
Framed with baseless charges cooked up by wicked minds
-Minds twisted like the crown of thorns put on his head
The son of God at the mercy of Pilate’s verdict
Whose life lies in the hands of those he made
The King of kings and Lord of lords.

Echoes of numerous voices raised against a single silent one
Judgment passed, the earth saw the immortal bled from man’s stripes
Twice he fell on the way to his death
Holding fast to the cross -the symbol of death penalty for men
Heaven’s beauty dressed in the world’s guilt
Yet in passion and kindness, in love and mercy he bore mankind in his mind
Hope of redemption brightening with each step he took.
As he drew nigh to Golgotha
-where together with two murderers he was crucified
A dreadful day it was
When beneath the earth laid the one from above

But the story is not all neither its end sour
For death and its tomb didn’t have power over him
Early Monday morning the tomb was empty and bare
HE IS ALIVE, HE IS RISEN!
Man’s debt fully paid -God’s eternal plan fulfilled
Let the earth rejoice with a song of triumph
The gap is bridged, the wall broken by his eternal blood
The filthy one sanctified, the guilty one justified
By the Saviour king, crowned in majesty
The Lord of all who lives to die no more 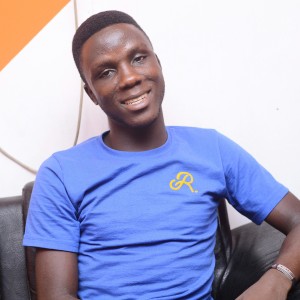 BIO
AGABIELESIN KEHINDE ANTHONY hails from Ekiti State, he was born on 8th of April, 1998 and he is currently a Microbiology student of Obafemi Awolowo University OAU, He is a poet, a short-story writer who believes words are beautiful and perfect means of expression. He has written a number of poems which have gained quite number of interests on social media platforms.

CALL FOR SUBMISSIONS | JOY TO THE WORLD ISSUE 14 | PAROUSIA MAGAZINE