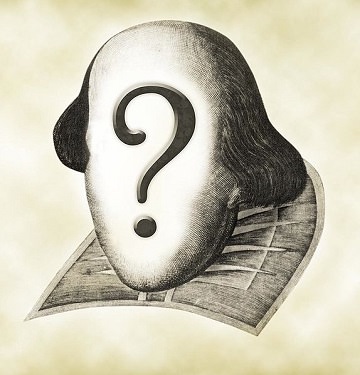 THE MYSTERY OF WILLIAM SHAKESPEARE

Shakespeare’s legacy to mankind is rich indeed. His gifts to the English Language
excel those of all other poet’s put together. He has put words and phrases into men’s mouths for all time. He was the greatest word creator the world has ever known. He remains the unchallenged champion in the whole field of English Literature. He possessed great insight into the heart and soul of man. No writer has excelled him in portraying the inner personality of the characters he created. He was equally skilled in creating men and women characters.

William Shakespeare for all his fame and literary pursuits remains a mysterious figure with regards to personal history. Many critics and literary scholars have asked the questions:Who was Shakespeare? Where did he get his knowledge into human nature?

William Shakespeare was born in Stratford-Upon-Avon allegedly on April 23rd ,1564.
Church records from Holy Trinity Church indicate that he was baptized there on April
26th 1564.He was married to Anne Hathaway on November 28th ,1582. William was 18 at the time, and Annie was 26-and pregnant.

Their first daughter Susanna, was born on May 26th 1583.The couple later had twins Hamnet and Judith, born February 2nd 1585 and christened at Holy Trinity. Hamnet died in childhood at age 11,on August 11,1596.

There are great many spurious accounts about Shakespeare’s childhood years,
especially regarding his education. Many of his contemporaries believed that he
attended the free grammar school in Stratford, which at the time had a reputation
to rival Eton or Oxford University, but there are no records to prove this claim.

The literary scholarship and merits of his works indicated that he was widely read
in classics as well as Greek and Roman history. What is certain is that Shakespeare
never proceeded to University schooling, which has stirred great many debates in
academic circles concerning the authorship of his works. These debates were in
demand by academics because Shakespeare  lacked a university education in the
formal sense.

Some scholars claimed that Sir Francis Bacon, Christopher Marlowe, Edward De Vere,
and Shakespeare’s close friend Ben Johnson were responsible for his writings. These
claims were curious speculations to discredit the immortal works of a true God gifted
genius. When the literatures written by Bacon,Johnson,De Vere, and Marlowe were
compared to those of Shakespeare’s it was by far more inferior to what Shakespeare
had written.It was more than ridiculous for men who attended Universities to turn over their works to Shakespeare for correction and improvement ,whom they referred to as an unschooled man.

Shakespeare started his literary career as any educated young man might have begun by adapting for his purposes the models prescribed by the fashion of his time, the Latin authors familiar to him from his schooling. He needed no hidden hand to be his ‘Ghost Writer’ he was and is still the most quoted and unsurpassed genius of his day until today.

Shakespeare’s has touched, not only the stuff that men are made of. He has touched the mind of God as it is reflected in Holy Scripture. Behind much of his deepest works lie the profound insights of the biblical revelation. He was a man who had drunk deeply at the wells of Holy Scripture. The Book of Common Prayer( of 1559) and the works of Ovid were the three books by which the developing mind of Shakespeare as a boy and a young man was nourished.

It is more than a mere knowledge of the facts and personalities of the Bible that has given life to his work. In his own words he said:

‘‘What a piece of work is a man! How infinite in faculties!….in action,how like an   angel!

in apprehension,how like a god!the beauty of the world,and the paragon of

Where did he get this quotation from?Is it from nature of from his creative genius?

It is based on the biblical insight from the eight Psalms in the Bible which are as follows:

What is man,that thou art mindful of him?

and the Son of man,that thou visitest him?

For thou hast made him a little lower than angels,

and hast crowned him with glory and honour.

Thou madest him to have dominion over the works of thy hands;

Thou hast put all things under his feet,

All sheep and oxen,yea,and the beasts of the field;

The fowl of the air,and the fish of the seas.

O Lord our Lord,how excellent is thy name in all the earth.

Shakespeare. It is believed that over two thousand of Shakespeare’s quotations are in direct reference to the Bible.How deep a Christian Shakespeare was we will never know but his Will as well as his Sonnets reflect a strong believe in Jesus Christ also his epitaph written by him.

William Shakespeare was inspired by greater souls than himself to write. His death was that of a mystery; he died on the 23rd of April 1616.His day of death was the day of his birth, announcing to the world a great soul had departed. His incredible body of work will never again be equaled in Western Civilization. His words have endured for 400 years; his works will remain a classic in the annals of literary history.

Whoever the real Shakespeare was his life and character were where dreams were made on.

Gideon Sampson Cecil was born on the 9th of May 1968 in Rose Hall Town, CorentyneBerbice, Guyana. He holds a Bachelor and Master of Arts Degree and a degree in journalism. He is a college lecturer and freelance journalist. He has over 300 poems, articles, stories and essays published from 1993 to 2017. He is the author of the romantic collection of poetry, The Revelation of Love. His poetry was published in POUi X by The University of the West Indies, Cave Hill Campus, Barbados the Muse Literary Journal India, The Harbinger Literary Journal USA, The Chachalaca Review England, Forward Journal London, Thirty West Publishing House, The Blue Nib Literary Magazine, The Commonwealth Foundation and Alien Buddha Press. He continues to write poetry, fiction, literary criticism, and articles for various journals and newspapers at home and abroad. His recent collection of poems: ‘‘Psalms of a Romantic Poet’’ Published by Alien Buddha Press was nominated for the Griffin Poetry Award in Canada. He has so far published seven books of poetry and prose.

We are giving 50% Discount to 50 Pastors, Missionaries and all God's servant who want to publish their books with global distribution.
Beyond Destruction is available for purchase on Amazon, Okadabooks and Parousiareads.
The Moabite Damsel by Ukeka Temple published by Parousia is now available for purchase on Okadabooks, Parousiareads and Amazon.
A new book from Chime Nwa-Immanuel is a delight to read from it beautiful captivating cover to the message the book holds. Published by Parousia, we present to you an exceptional book that will help you build and activate confidence and faith.
Dear Readers,
CALL FOR SUBMISSIONS