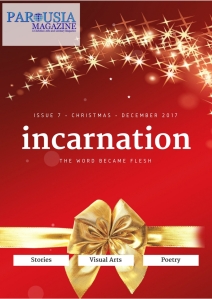 Joy To The World

From “Jesu, Joy Of Man’s Desiring” to “Joy To The World” the merriment and joyful spirit of Christmas resounds in every holiday Christmas Carol sung throughout the world.  And when I was a little girl first learning how to play the piano, “Joy To The World”, was the classic example my piano teachers used to emphasize the importance of timing and rhythm.  For the C Major scale is usually the first scale one learns as an impressionable young piano student. And, as one of my early childhood piano teachers put it, the simple genius of the attributed composer is revealed by going down the C Major scale with the rhythms ascribed to it by George Frideric Handel.  Who would have thought it?  A basic eight note scale is transformed from a tedious metronome following exercise into one of the world’s beloved Christmas Carols via a slight change in tempo. My piano teacher was certainly right, genius does manifest itself sometimes in the subtlest of forms. And one day as I was sitting at the end of my grandfather’s large dining room table that was so covered with books, newspapers, and letters that it left no space for one to dine on it, I learned that there was a strong family rumor that Handel was our ancestor.

For a young girl learning how to play the piano, this was exciting news indeed.  Since so many of the renowned classical composers appear unapproachable with their large mass of wild hair and austere faces, to actually fancy a connection to one of the big names of music made paying a Sonata seem like a possible feat.  However, as the editor and publisher of the Rodabaugh family newsletter, my grandfather decided to do more than merely “fancy” this connection and he set about to trying to do some family genealogical research.

The first big step that he took in trying to trace this persistent family legend that people were sending in to him with frequency; was to read a biography of the baroque era composer.  This proved to be quite a dead end.  For it stated unequivocally that Handel never married and never had any children.  With many music historians declaring that he was simply too devoted to his music to even take notice of the Eve element of the human species. This was certainly a heartbreak for the family to hear.  Since with a number of pianists in the family, people had believed the rumor to be true based on that alone.  After all, my grandfather himself was a Church organist for several decades.  And his cousin was the pianist for the silent movie theaters and had once even performed a recital at the request of the famous pianist and composer, Paderewski.

“It must be his cook” my grandfather later concluded.  As Handel had a cook named Gustavus Waltz, himself a bass opera singer and musician, with whom he often collaborated.  And since one of our ancestors was named Isabella Woods, my grandfather reasoned the last name must have been changed when they came to America.  Alas!  While a longtime associate editor of the National Genealogical Society Quarterly, Dr. Gary B. Mills, once told us that family legends often have an element of truth to them.  It appeared that for us, at least, this family rumor was more proving to be more fanciful than the mighty legends of King Arthur.

Then, after dismissing the family legend for many years, I came across an article one day about a Harvard professor who was once again trying to ascertain the mystery behind Handel’s lifelong bachelorhood.  I wrote her an e-mail about the family legend and to my surprise, she actually wrote me back and said she would look into it.  This peaked my curiosity.   And after scouring the Internet some more, I came across other commenters who said that there were rumors in their family of being descended from Handel, as well. No one reads biographies, I thought to myself.  But having studied music some more by this time, I knew that there was an element of mystery as to why Handel left Germany and went to Great Britain to begin with.  It certainly proved to his advantage, as that’s where he became the highly thought of composer that we know of today.  So my music history book in college surmised that the big move was made to promote his career.

However, now as I was looking into the family rumor once more, I was coming across a legend stating that Handel’s life appears to have changed when he went from Italy to Hanover, where he met Princess Caroline of Ansbach, the wife of the future King George II of England. Writers recorded at the time that she was spending all of her time with Handel and he wrote several love duets for her. One of which was later adapted to be the aria “For unto us a child is born” in his great oratorio the “Messiah”. With some people even speculating that maybe Handel was hinting here that they had had a child together. Trying to trace down this legend about Handel certainly seems to only lead to more unresolved questions, I thought to myself.  But, now at least, the family rumors about being descended from Handel didn’t seem impossible.  Unlikely, yes, but not entirely superfluous.

Time has passed and I have yet to hear anything more from the Harvard professor.  I’ve downloaded the “We’re Related” app by Ancestry onto my mobile phone and it hasn’t discovered a connection to the composer of what The Huffington Post lists as number fifteen of their list of the top fifteen most popular Christmas carols, “Joy To The World”.  To Mae West, Oscar Wilde, Jane Austen, and Audrey Hepburn, “We’re Related” has come up with some very “creative” family trees.  But, apparently, a connection to Handel escapes even their family history creativity.  Nonetheless, as someone who sang Christmas Carols professionally for several years,  while I do realize that there may be no connection to Handel via DNA.  I still realize that there is a connection to Handel via his music.  For having witnessed it in person, I’ve seen how as an upbeat Christmas Carol, “Joy To The World”, connects all who hear the lovely melody to the joy offered by the uplifting spirit of Christmas. 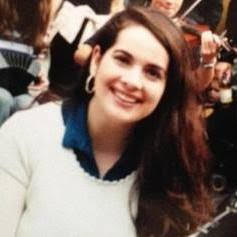 Luisa Kay Reyes has had pieces featured in the “Fire In Machines”, Hofstra University’s “The Windmill”, “Halcyon Days”, “Fellowship of the King”, “Enchanted Conversation: A Fairy Tale Magazine”, the “Route – 7 – Review”, “The Foliate Oak”, “The Eastern Iowa Review”, and other literary magazines. Her piece, “Thank You”, is the winner of the April 2017 memoir contest of “The Dead Mule School Of Southern Literature”. And her Christmas poem was a first place winner in the 16th Annual Stark County District Library Poetry Contest. Additionally, her essay “My Border Crossing” has just been nominated for the Pushcart Prize by the Port Yonder Press. And her piece entitled “Santa’s Wish List” has been nominated for the Best of the Net, 2017. 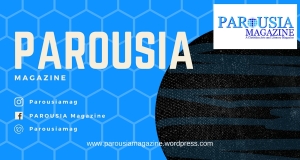